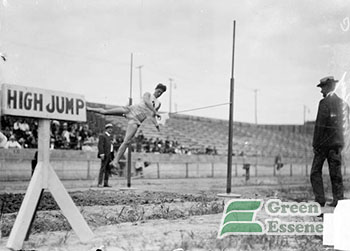 The Olympic programme has drastically changed since the first modern Olympic Games in 1896 in Athens, Greece. Today the sports that are part of the Games are among the most competitive and entertaining. However it hasn’t always been like that as history records show that several odd disciplines have once been part of the Olympic schedule. 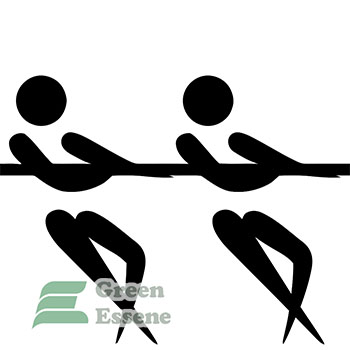 Presently tug of war is regarded more as a game that is played at children camps and school playgrounds instead of a sport. However, it has been an event in five different Olympic Games from 1900 until 1920. During that time a total of seven countries won medals in the tug of war discipline, the most successful of which was Great Britain with two gold, two silver and one bronze medal.

Rope climbing may be a fitness exercise nowadays but it was once recognised as a sport. It made its debut at the 1986 Athens Games and since then has been part of the programme at four more Olympics: 1900 Paris, 1904 St, Louis, 1924 Paris and 1932 Los Angeles. Bedřich Šupčík, George Eyser, Nikolaos Andriakopoulos and Raymond Bass were the most successful athletes in the discipline.

Military patrol was part of the Winter Olympics programme at the 1924, 1928, 1936 and 1948 Games. It is a winter discipline in which athletes compete in rifle shooting, cross-country skiing and ski mountaineering. It had similar rules to the modern biathlon, which is why many consider it as its predecessor. The most successful countries in the military patrol event were Switzerland and Finland. The former accumulated a total of three medals (two gold, one bronze) while the latter won four medals, all silver. 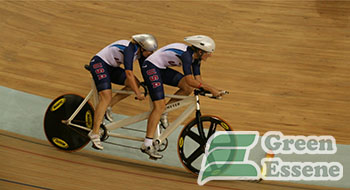 Tandem bicycle sprint was introduced at the 1908 London games. The event was won by the French cyclists André Auffray and Maurice Schilles. The sport was neglect at the next Olympics in Stockholm and was re-introduced at the 1920 Antwerp Games. It remained an Olympic discipline for over five decades until it was excluded by the International Olympic Committee (IOC) after the 1972 Munich Games. The French, Italians and British were arguably the most successful nations in the tandem bicycle sprint.

This unusual swimming event was held only once at the 1900 Paris Olympics. A total of twelve swimmers who represented five nations took part in the competition which comprised of three hurdles on a 200 metres course. The athletes had to climb over the first two obstacles and swim under the third. Australian Frederick Claude Vivian Lane won the gold medal ahead of Otto Wahle and Peter Kemp, from Austria and Great Britain respectively.

Skijoring has appeared only once in an Olympic programme at the 1928 Winter Games in St. Moritz. Originally it was a method of winter travel which was modified to have a competitive aspect. Competitors were on skis and were towed by horses. The event was won by the Swiss R. Wettstein who came in front his fellow countrymen Torriani and Muckenbrün. While it is not an Olympic sport anymore it is a quite pleasant thing to do while professional movers (like the ones at X Removals in London) are handling your property removal.

This is undoubtedly the most controversial sport in the history of the Olympic Games. It was a discipline at the 1900 Summer Olympics shooting event. The aim of the competitors was to kill consecutively as many pigeons as possible. Record show that approximately 400 birds were shot dead during the Games. To date it is the first and only time in which animals were intentionally harmed during the Olympics. As one would guess the sport was never again included in an Olympic schedule. 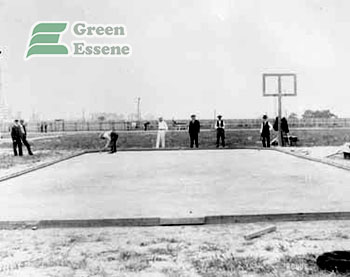 Once credited as “the Game of the Century” roque is an American variation of croquet which is played on a hard, smooth surface instead of grass. It was included in the schedule of the 1904 St. Louis Games and all competitors in the event were Americans. The gold medal was won by Charles Jacobus who beat Smith Streeter and Charles Brown. The sport didn’t grab the world’s attention which ultimate lead its exclusion as an Olympic discipline.

Single, double and team single-shot deer shooting was an Olympic discipline at four different games from 1908 to 1924. Competitors shoot at a deer-shaped target from a distance of 23 metres for a total of ten runs. Swede Oscar Swahn is the most successful deer shooter in Olympic history. He is also the oldest athlete to win an Olympic accolade, a silver medal at the 1920 Antwerp Games at the age of 72.

Recognised as one of the most dangerous and rapid non-motorised land sports, speed skiing has been part of an Olympics on only one single occasion, the 1992 Winter Games in Albertville, France. Despite the interest towards it, the sport was removed from the Olympic programme after Swiss skier Nicolas Bochatay died after a training accident. The current world record in speed skiing is 255 kilometres per hour.

Club swinging is a variant of juggling which has an artistic element. Just like rogue it was part of the 1904 St. Louis Olympic Games. The event was won by American Edward Hennig who bested his countrymen Emil Voigt and Ralph Wilson. The sport was removed from the Olympic schedule due to lack of interest.

Believe it or not but solo synchronised swimming was a discipline at the swimming event at three Summer Olympics:

The gold medal was won by American swimmer Kristen Babb-Sprague who came ahead of Sylvie Fréchette and Fumiko Okuno from Canada and Japan respectively.

Standing high jump has part an athletics discipline at the Olympic Games from 1900 to 1912. The sport is similar to the high jump with the exception that competitors don’t gain momentum by running but instead must jump over the hurdle from a stand-still position.

Winners at the standing high jump